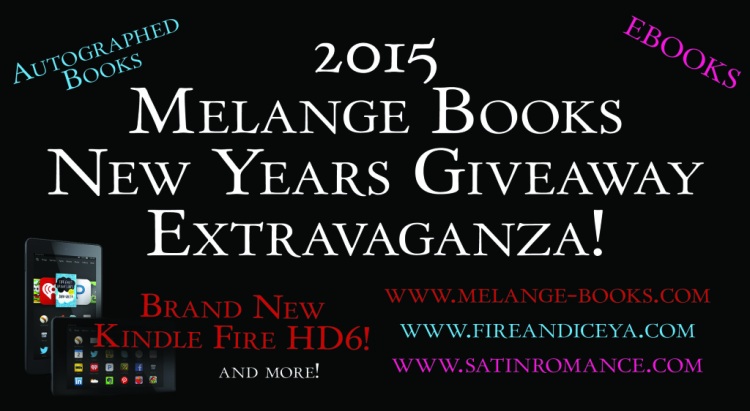 Love to read? I know! Me too, so have some fun—visit Melange Books to enter this fantastic giveaway! Check it out, because ebooks, ARC’s, and autographed print books are up for grabs, plus one lucky winner receive a brand new Kindle Fire HD6 AND a $25 Amazon Gift Card to stock it full of books! Sounds awesome, right?

Please check out my books The Twelfth Paladin (supernatural/thriller) and Guardian 2632 (science fiction/adventure). Romance, murder/mystery, and fantasy/adventure themed books are there and accounted for as well. Take your time while scrolling to find the books that are perfect for you! 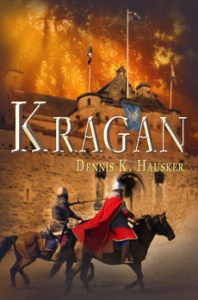 To enter, go HERE: http://melange-books.com/2015NYGiveaway.html
Keep in mind: A LOT of giveaways will load on that link above. Please let the page fully load everything before entering. Click the link, go check your Facebook or Twitter, then check back!

And for the blog comments entries, visit, and then leave a post here! http://www.melange-books.com/blog/new-years-giveaway-extravaganza/

One (1) Grand Prize Winner will receive a Kindle Fire HD6 and a $25 Amazon Gift Card.

Thanks for visiting the Noracast.

I’m so glad you’re visiting the Noracast today, because P.I. Barrington is offering up her dark, science fiction adventure “Isadora Daystar.” If you can handle a wild ride into the future where Isadora, a female assassin, comes head to head with her troubled past…and creepy aliens, plus close calls with death few would survive, then enter this GIVEAWAY! This is an action packed, often harrowing tale that pulls you in to Isadora’s world without mercy and will not release you until her secrets are revealed. Giveaway runs April 9th-16th, so leave a comment and contact info to enter!

When drug addled assassin Isadora DayStar finally snags a major interplanetary killing job, she thinks it will both support her habit and revise her status as the laughingstock of her profession. Instead, she embarks on a journey that brings her face to face with her tortured past.

Isadora Daystar by P. I. Barrington

Surprises abound in P.I. Barrington’s “Isadora Daystar”—a science fiction adventure that allows a truly flawed heroine to shine as bright as a star even though she succumbs to prostitution, thievery, drug addiction, massive amounts of guilt, and the job related tribulations that come from being an unlucky assassin get her into plenty of danger too. Isadora is far from being an angel, she’s a handful to be sure, with a past no one would want to claim, yet deep…very deep inside there lies a woman aching for a second chance at everything.

interplanetary travel is the norm. Religion was outlawed in 2080, so imagine Isadora’s shock when she saves Iphedea…a young girl on a doomed spaceship and ends up in a monastery with supposedly religious fanatics who’ve managed to evade the Directorate of Worlds authority. For me, this is the point in “Isadora Daystar” where the story really takes off, and I thoroughly enjoyed the relationship between Isadora and Iphedea. These two are strong-minded, stubborn women who exist in this futuristic world that seems unfriendly and harsh, especially to Isadora who survives by practically selling her soul. It is amazing she survives at all.

Isadora is a character who reveals herself more and more as the story continues, and I cheered her on hoping so much good things would come to her. Barrington makes sure this soldier/assassin suffers through hard times with her drug addiction to Ingentin and past decisions, yet I believe it all sets the stage for Isadora to find her heart once again. “Isadora Daystar” embraces the power of forgiveness and highlights what some people will do to save another. I definitely want to know where Isadora’s next adventure takes her. It’s a great read! 4/5

After a long detour through the entertainment industry, P.I. Barrington has returned to her roots as a fiction author. Among her careers she counts journalism and radio air talent. She lives in Southern California where she watches the (semi-wild) horses grazing in the hills behind her house.

She can be contacted via email: pibarrington@dslextreme.com and loves to hear from readers. Her websites:

Simply leave a comment and make sure to note your contact info to enter this giveaway. Please invite all of your dark, science fiction lover friends to come and enter as well.

Thank you for visiting the Noracast!